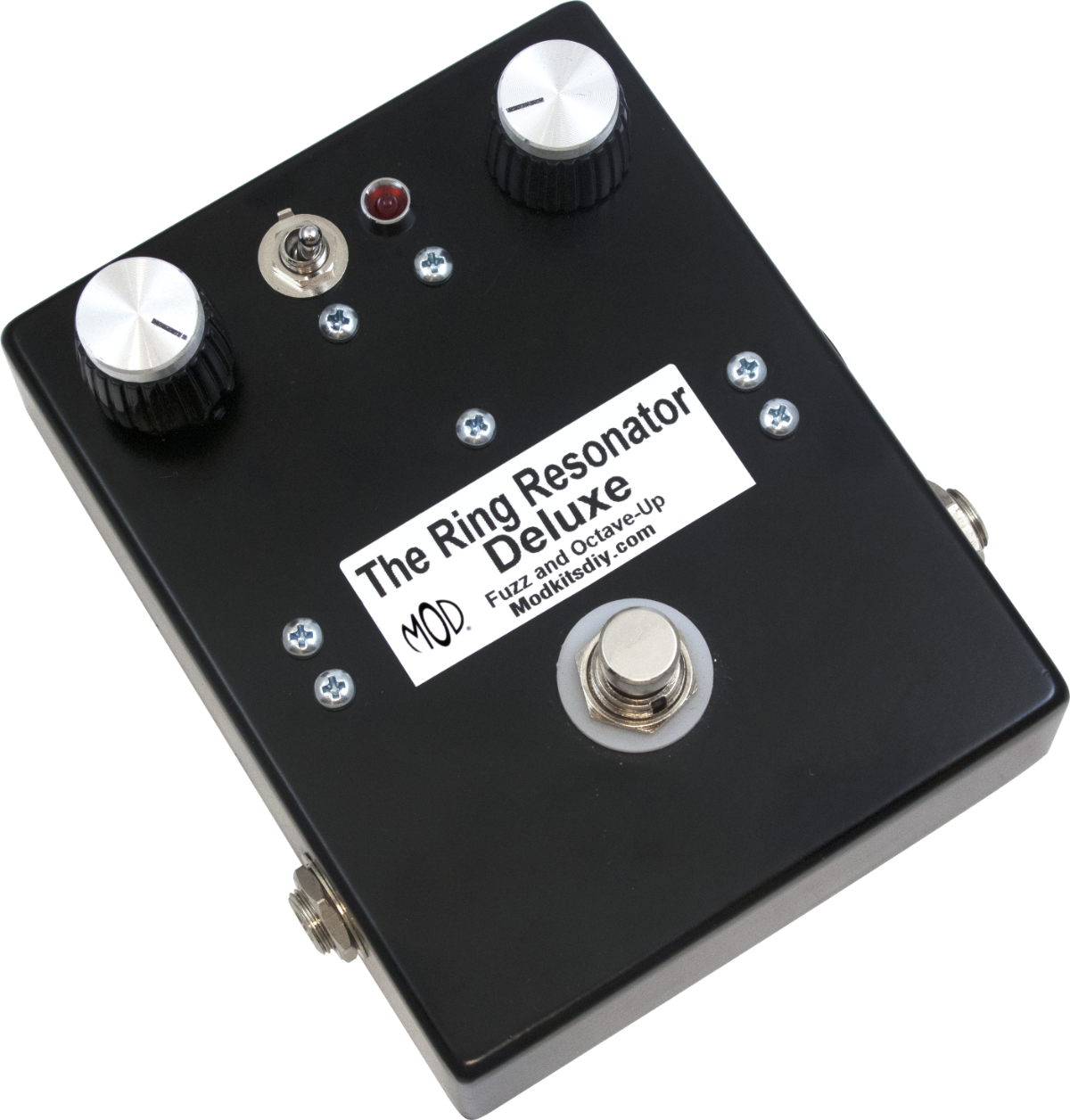 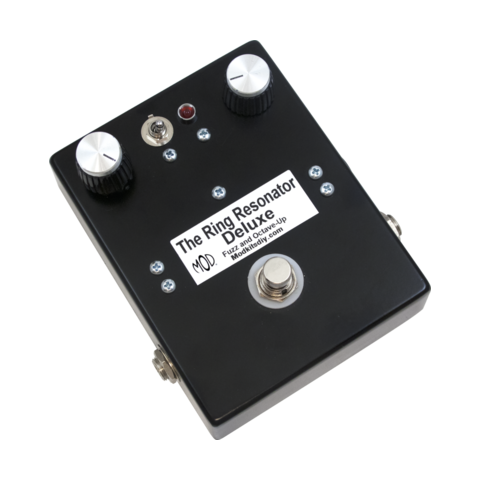 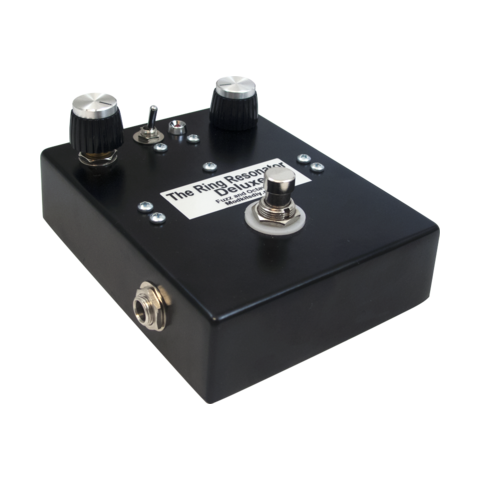 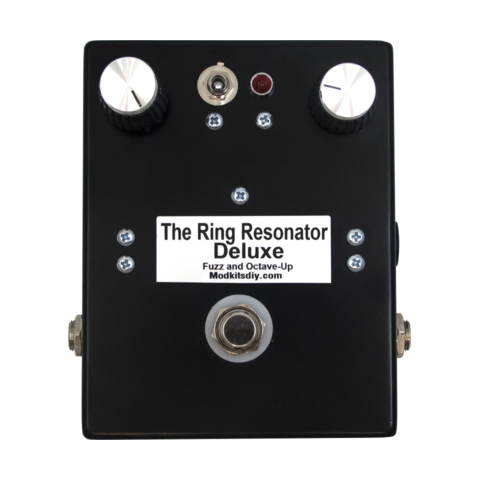 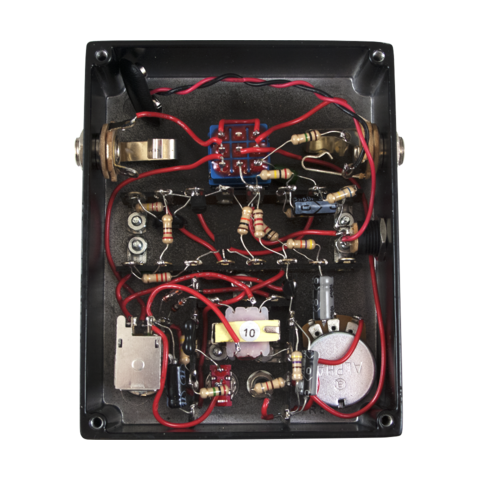 This product has been discontinued

The Ring Resonator Deluxe is like having two all analog pedals in one. It contains the octave-up fuzz effect of the original Ring Resonator with added LED, push-push output pot and mini-toggle switch. With the push-push output pot down, the octave-up effect is removed and fuzz-only is achieved. In the fuzz-only mode of operation the toggle switch allows you to switch between dark fuzz and bright fuzz tones. 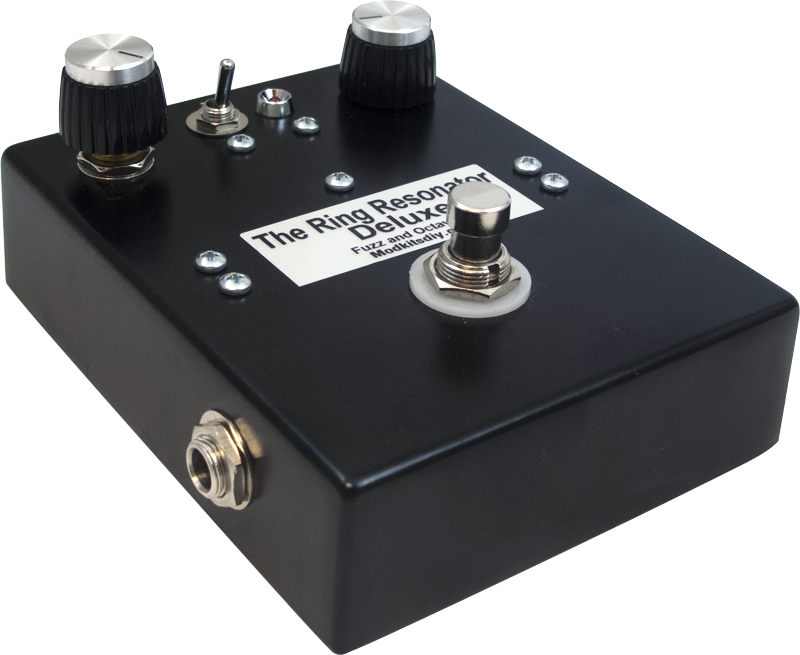 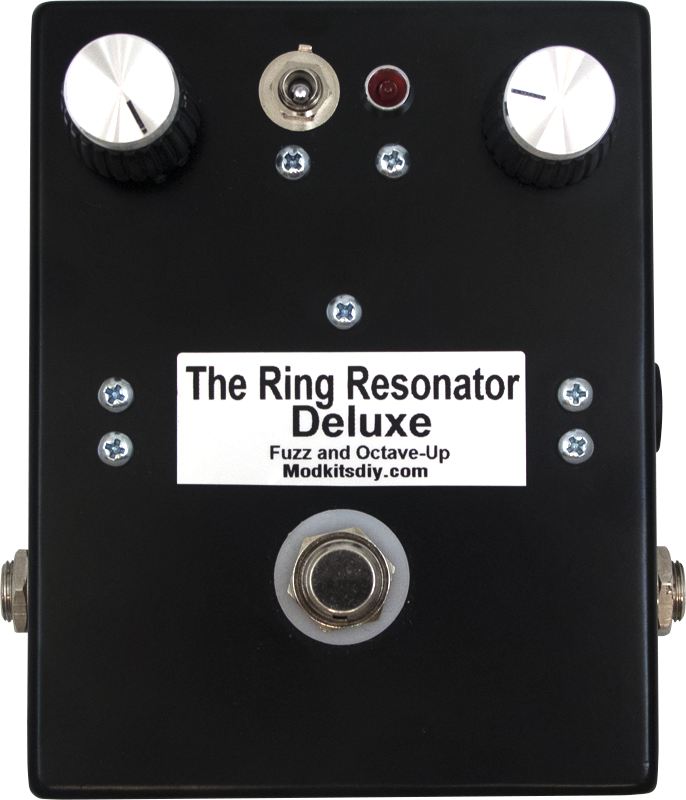 NAMM '16 - The Ring Resonator Deluxe and The Suspended Chime